Who is Mike Woods? 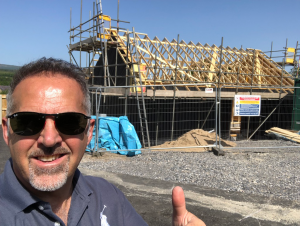 Mike is known as a Professional Investor, investing in property is what he does. Unlike many who admit they have been in ‘property’ a few years and have apparently made it from ‘rags to riches’ in no time…

Mike Woods is the ‘Real Deal’! He Studied Architecture and Building straight from school and established his own architectural practice “Concept Architectural Services” in 1995. In 2005 he won The Daily Telegraph Award for the UK’s Best Self Build, which was for his own home in the Brecon Beacons.

In 1998, after a divorce, Mike decided that he wanted to create REAL and long term WEALTH. Fortunately, he had a friend who had been investing in property since the 1960’s, seizing the opportunity to learn from his friend, Mike began his property investment journey, by 2007 he had built a property portfolio worth over £2,500,000 which then cash flowed over £100,000 per year.

He now oversees the running of his own property portfolio including HMO’s, Single lets and Commercial Property. Whilst Mike can rely on the regular ‘Passive Income’ from the Property Portfolio, Mike also undertakes numerous Refurbishment Projects every year which produces great ‘Lump Sum’ profits.

Having systemised all of his businesses, and even writing an Amazon Best Selling book ‘How to Successfully Invest in Property’, he now travels all over the World speaking at events, sharing his vast wealth of knowledge and experience and mentoring other Property Investors to achieve Wealth through Property.