Linda Mah and her husband Keechin attended Mike’s Property Portfolio Growth System training in Kuala Lumpur in August 2016. They had been investing in Malaysia but found that whilst there was a small amount of capital growth the rental income was small and, in some cases didn’t cover the loan.

During the training day Mike showed them how his system could help them to understand the UK property market and learn the 6 Key Elements of how to invest in the UK. Once they joined the Mentoring, they learned how to source and assess suitable properties to buy and sell and to rent. They realized that good quality property could be sourced for under £60,000 and receive rental income of £6000 per year. Producing a yield of 10%. Importantly they realised that the properties were mostly Freehold and individual, meaning that whenever they wish to sell, the houses are not the same as all the others in an area.

Linda and Keechin decided that they wanted to find a house to buy, refurbish and sell. And buy a house for long term rental income. After just 6 weeks of joining the mentoring program, Linda found a house using the Property Portfolio Growth System that was being sold at an auction, once assessing it thoroughly with Mike, Mike agreed and arranged to visit the property for them to ensure it was a good property. The property was being advertised for £50,000 and Linda using Mike’s system established that it was worth £75,000-80,000. Linda and Mike agreed that Mike would attend the auction on their behalf and make offers up to £65,000. On the day Mike secured the house for only £56,000.

The house only needed to have two rooms redecorated and was ready for rent. Linda and Keechin’ total expenditure was £58,500 which included taxes, decoration and fee’s. Mike introduced Linda and Keechin to his solicitor who took care of all the legal matters, Mike also introduced them to a local letting agent who very quickly let the house for £500/mth.

Linda and Keechin are keen to source more property to buy and sell. By joining Mike mentoring program they have been introduced to Mike’s Elite Facebook group where they can get advice and support from UK investors within a trusted environment where there are opportunities to Joint Venture in order to get funding. 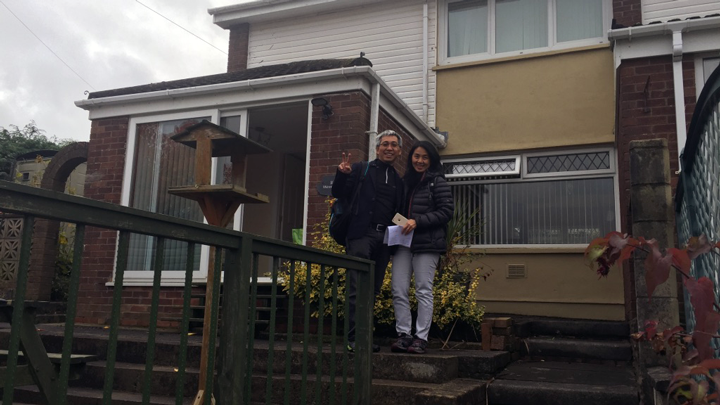 Samson and Ying are based in Singapore and wanted to build a property portfolio in the UK, having joined a number of Property training organisations, they soon learnt that what was being ‘sold’ was not executable by them as they were not UK residents. They saw that Mike Woods was helping people build property businesses for other clients, so being determined they contacted Mike at the Property Expert Partnership. Once on board with Mike, he showed them how to Successfully Invest in Property in the UK. Within 3 Months they created a property Business together and purchased their first property for £125,000, after a fantastic refurbishment the property was sold for over £260,000 making a significant profit. They reinvested the profits and bought 2 Buy to Let properties, effectively have none of their own money invested earning them over £10,000 per year. 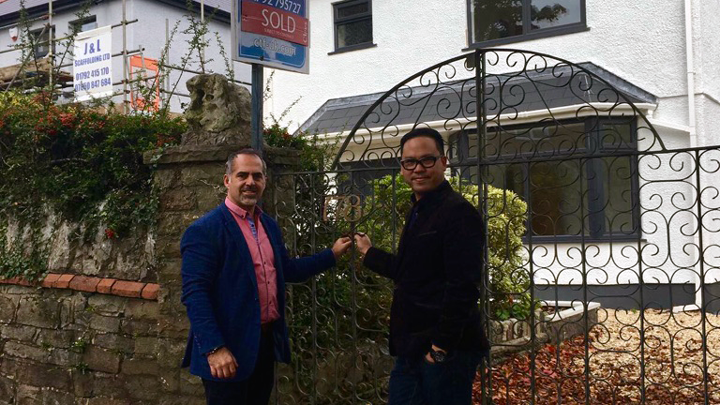 Peter Lee lives in Taiwan and since 2014 had joined 2 mentorship programs, even though they were well known companies they failed to deliver, not one to give up and determined to make his money back and more, Peter saw the results Mike Woods’ clients were getting and asked to join the Property Expert Partnership. After a few short months of learning how the Property Portfolio Growth System™ works he Sourced and Assessed a great property to flip for just £47,000. Working closely with Mike, Mike got his building team to undertake the refurbishment works and within 4 months to property was sold for £80,500 making Peter and his family and fantastic profit. Unlike the ‘other’ programs who have not supported Peter, Peter continues to engage with Mike and is buying more property to grow his portfolio. 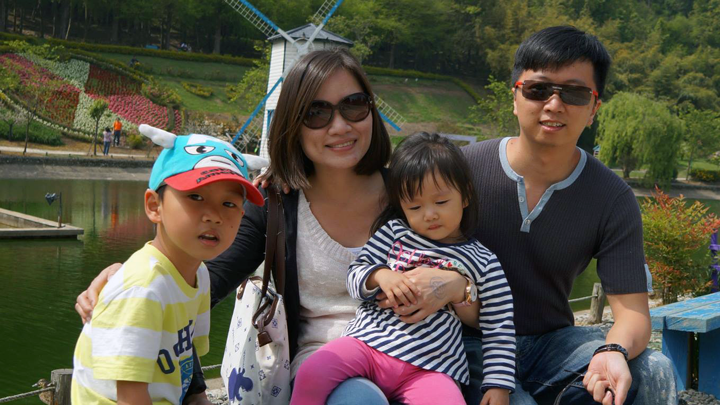 Miles joined the Property Expert Partnership having previously lost £20,000 on a property deal. Not wanting to give up on learning how to invest in property and wanting to recover the loss, Miles saw the simplicity in the way Mike explained how to Source great property and Rapidly assess it before even going to see it. Using the Mike’s failsafe Property Portfolio Growth System, Miles identified a house that was being sold at Auction, never having been to an auction before, Miles had a mentoring call with Mike prior to the auction and they agreed on a strategy and maximum bid for the property. On the day Miles did exactly what was discussed and made a successful bid to win the property under his maximum amount!

Hear Miles’ story yourself by watching his video. 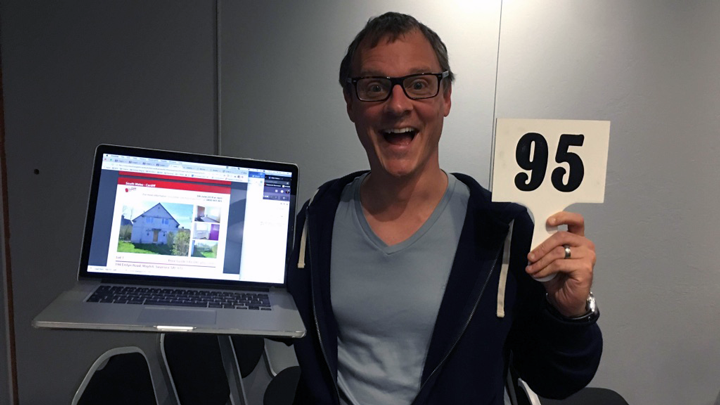 Chris and Agata, were keen to build an sustainable property portfolio to create long term wealth. Being a Structural Engineer, Chris realised the benefit in building a business on solid foundations, which meant learning from an expert.. not a speaker! But someone who actually does what he preaches. They sought out Mike and attended one of his one day training days to see what it was all about. After just the morning they were overwhelmed by the content and decided there and them they wanted to work with Mike. After a short delay because Agata was expecting a baby, they focused on the training that Mike gave them and within a short time they sourced and bought a great Buy to Let property for just £50,000. 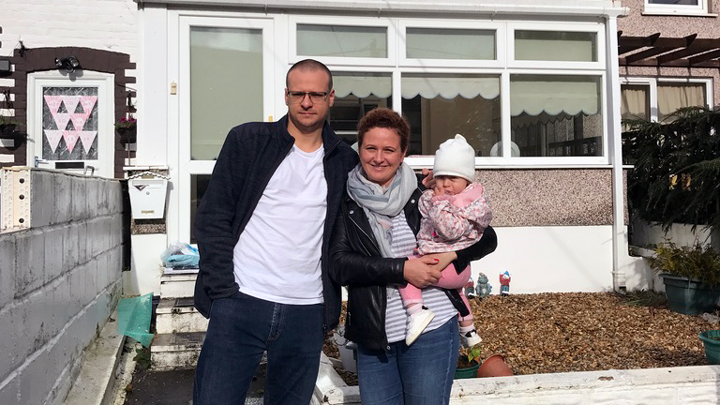 Catherine and her husband Shaun, joined the Property Expert Partnership Mentoring Program in April 2015, shortly after they sourced a 2 Bedroom property which had been on the market for just £67,000.

Using the Property Portfolio Growth System it was agreed that this property as a 2 bedroom house would resell for £99,000 however, working closely with Mike, he advised that there was scope to remodel the house making a 3 bedroom house, this would increase the resale value to £109,000.

Using the PPGS Rapid Assessment Procedure it was confirmed that this was a Level 2 Refurbishment where a budget of £15,000 plus VAT was to be used in the costing exercise. Mike advised Catherine to a make an offer of £53,000 which was rejected by the vendor, the offer was increased to £55,000 and the agents were advised that this was their final offer.

A few weeks went by when the agents contacted Catherine asking if the offer of £55,000 was still ‘on the table’ as the vendors had now advised that £55,000 was now acceptable. They completed the purchase in late July 2015.

Mike introduced Catherine to his Building team and work started three weeks later, the refurbishment was completed at the end of October and marketed for £109,950 during the second week of the New Year 2016 an offer of £103,000 was accepted the deal was competed at the end of March 2016.

Works carried out included replacement of the kitchen and bathroom, a partition wall was repositioned to create the 3rd bedroom. The house fully redecorated and new carpets fitted. A new central heating system was installed, the house was re-wired and a couple of windows were replaced. In addition the rear of the house was re rendered and works to a large decking area was undertaken. There were also some unexpected works required where a rotten lintel was discovered. In total the costs of the refurbishment came to over £20,000 plus VAT, this additional expense was easily covered by the uplift on value due to the 3rd bedroom.

After all costs including legal and estate agent fee’s Catherine and Shaun made a healthy profit £17,000. 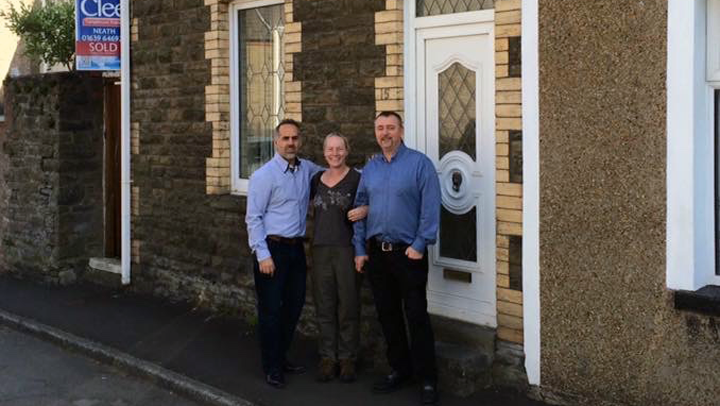